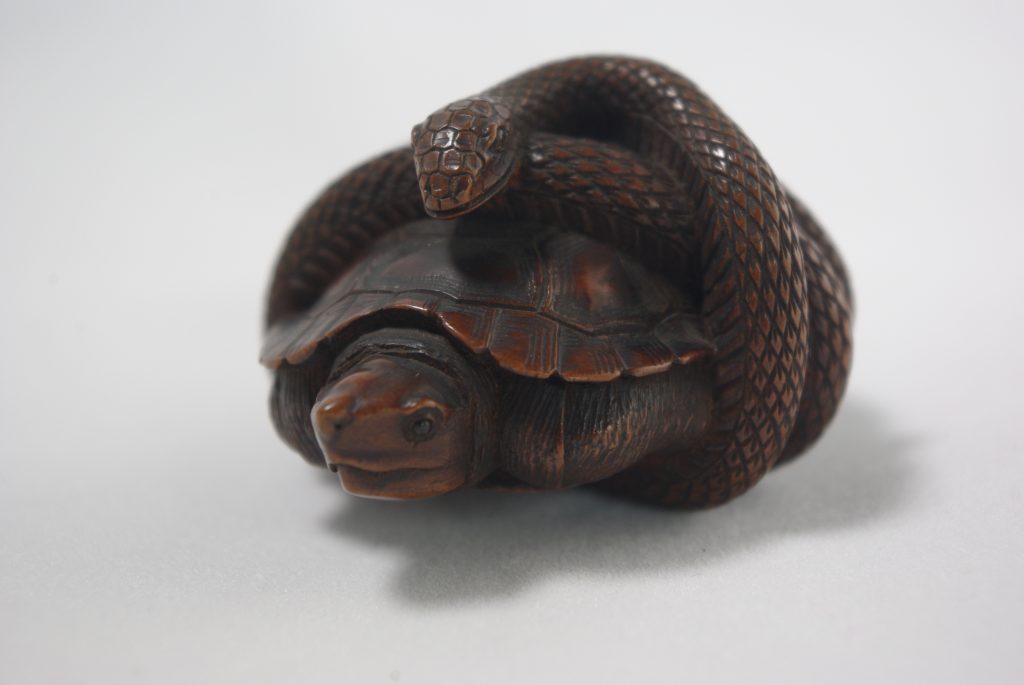 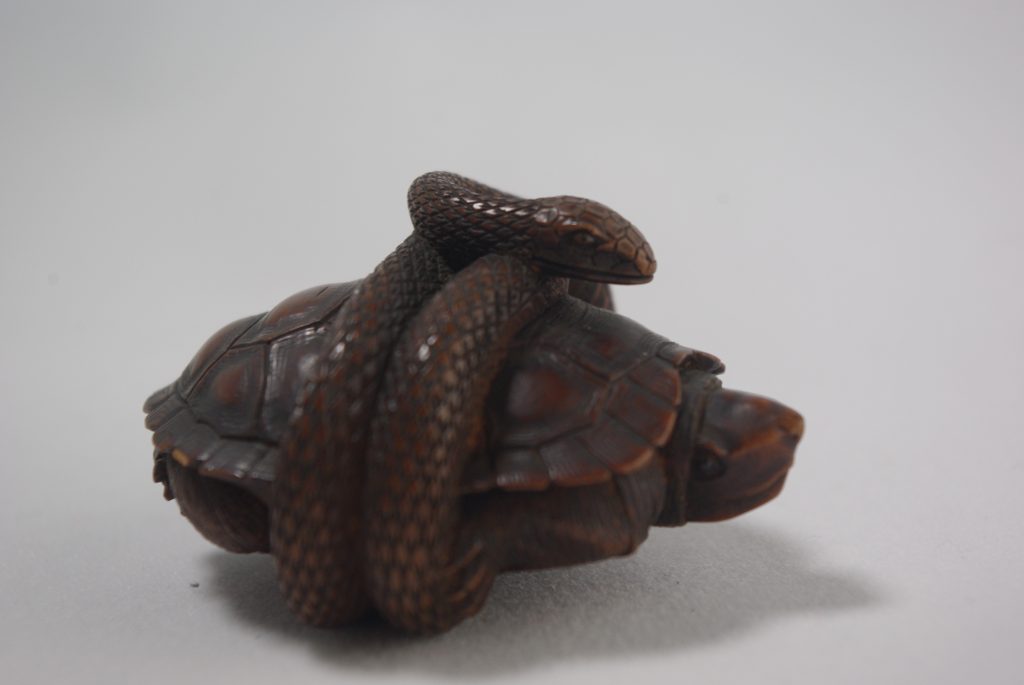 This netsuke, which the Harris’ purchased in 1897 in Japan, is carved in a detailed and naturalistic way out of boxwood and has inlaid eyes of light and dark horn.  It depicts a turtle encircled by a snake which shown together like this is an ancient symbol of the northern compass point.[17]

These small carvings were made by the Japanese for more than two centuries and served a practical need. Traditional Japanese dress had no pockets, and so small containers were suspended from the belt by cords, usually double cords. The cord was passed behind the belt and a netsuke was tied to the upper end to prevent the container from slipping down. A netsuke has a hole or opening which the cord threaded through and, in addition a netsuke was to have no sharp projections and to have one relatively flat side. The word netsuke means ‘root-attach, suggesting that the original was a simple piece of wood or bamboo with a hole drilled in it to take a cord. Over time, in addition to this practical function a netsuke was expected to be successful in sculptural terms. They were carved from ivory, wood, and ebony or made of porcelain, and could depict animals, people, gods, figures of myth, or objects.[18]