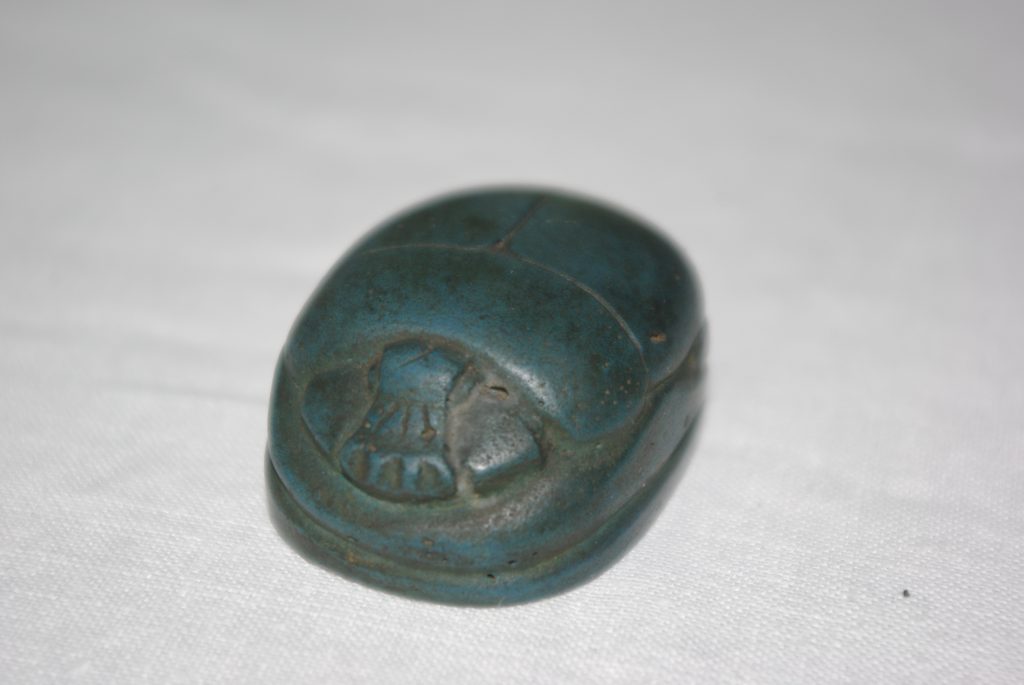 This blue plaster scarab was created by an anonymous Egyptian craftsman to resemble a beetle and was bought in Egypt by George and Lucy Harris and their daughter Milly in March 1898. It was made for the tourist trade, a very common thing in the late 19th-early 20th century. The scarab beetle is one of the most pervasive symbols in ancient Egyptian art and religious beliefs, and was associated with the creator god Atum and the rising sun.  The many gods and goddesses in ancient Egyptian religion were depicted in different forms, some as animals, others as humans or as humans with animal heads. The sun god Ra is sometimes depicted in Egyptian art as a scarab beetle, and at other times as a cobra.[14]