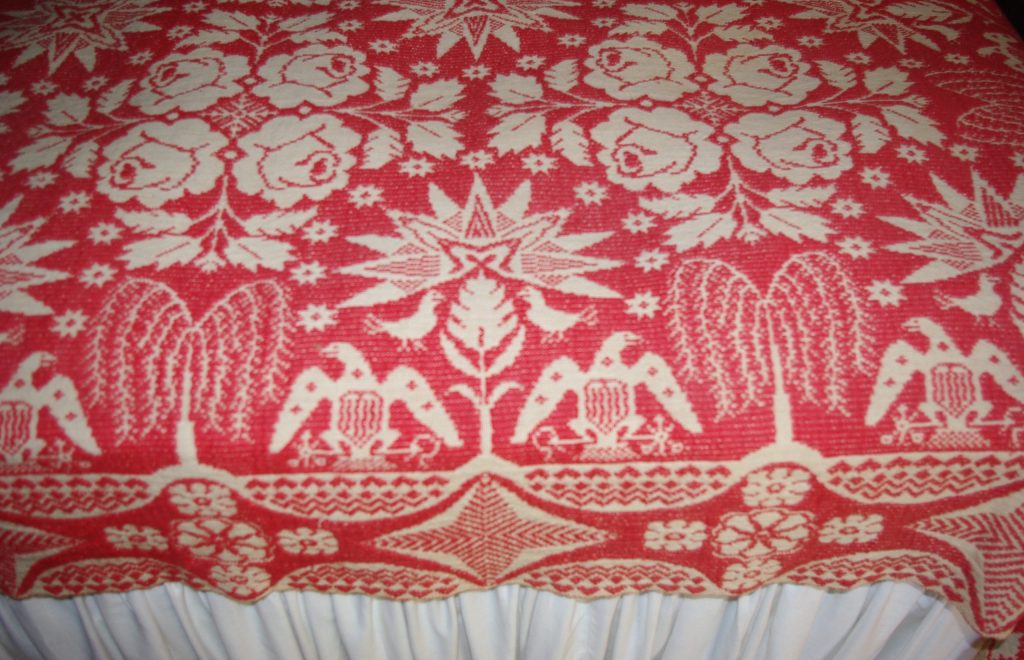 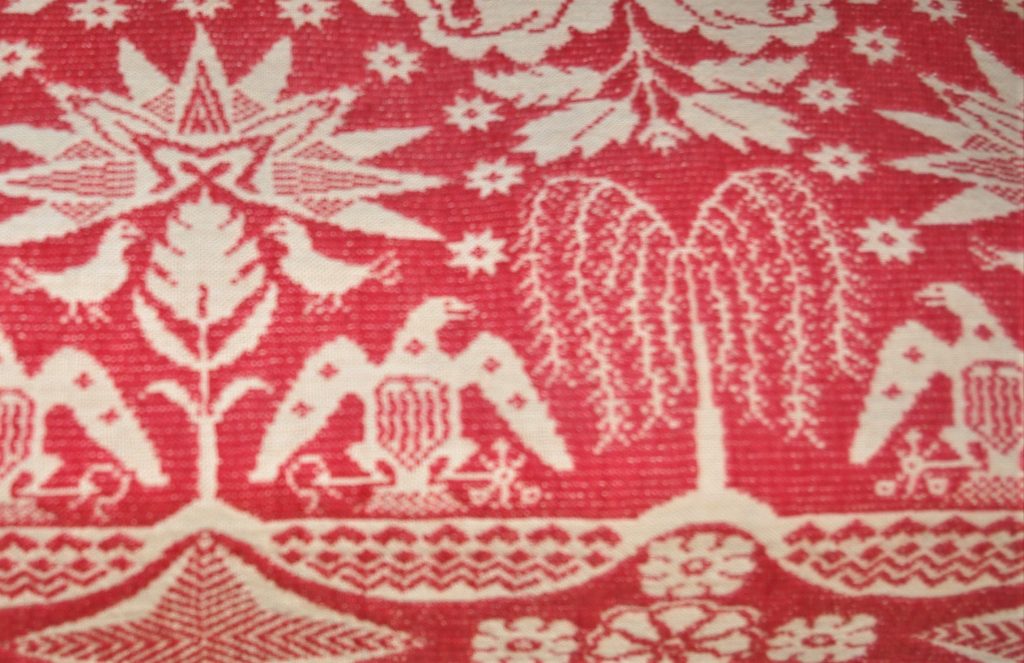 This red and white coverlet which graces the marriage bed of John and Amelia Harris was woven by John Campbell (1806–1881), who had a workshop in the small village of Komoka, west of London, Ontario. Campbell was born in Glasgow, Scotland and trained and worked as a weaver there until 1841. He immigrated to Caledonia, in New York State where he set up his workshop. In 1854 he moved to Komoka, in Canada West, bringing his jacquard equipment with him and here he wove coverlets and blankets until his death in 1885. The designs he used were ones that were popular in the United States in the 1850s.[29] These included stars, willow trees and eagles, some of which are seen in the Eldon House example. In the Harris’ red and white coverlet Campbell is said to have incorporated “a design of sumac leaves into the design of the coverlet” and to have used red dye obtained from the sumac plant.[30] Sumac is a native shrub common in south-eastern Canada and in the countryside in the London-Komoka region.  In the autumn it turns bright red and produces red pointed leaves and red cone-shaped clusters of berries. Campbell’s customers were faithfully recorded in his account book which is in the archives of the Ontario Science Centre in Toronto. It is estimated that in 1871 Campbell charged about six dollars for a coverlet, however the cost varied depending on labour cost, material, number of colours, and design.[31] Other examples of his work are in the Textile Museum of Canada.[32] 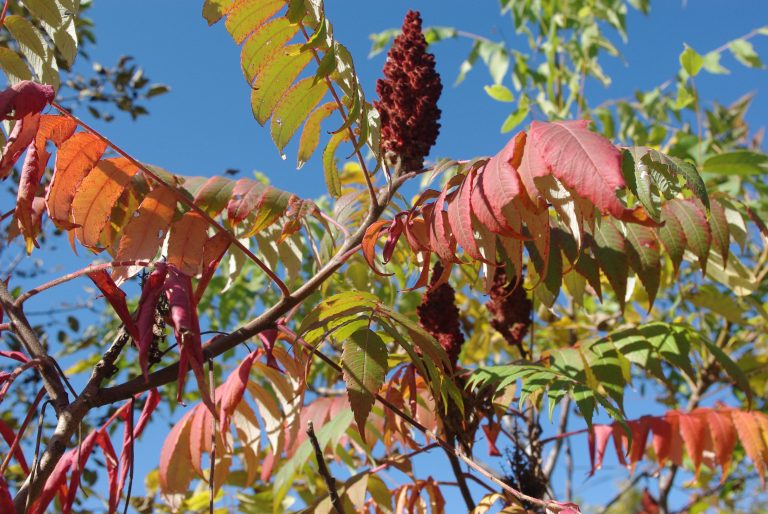