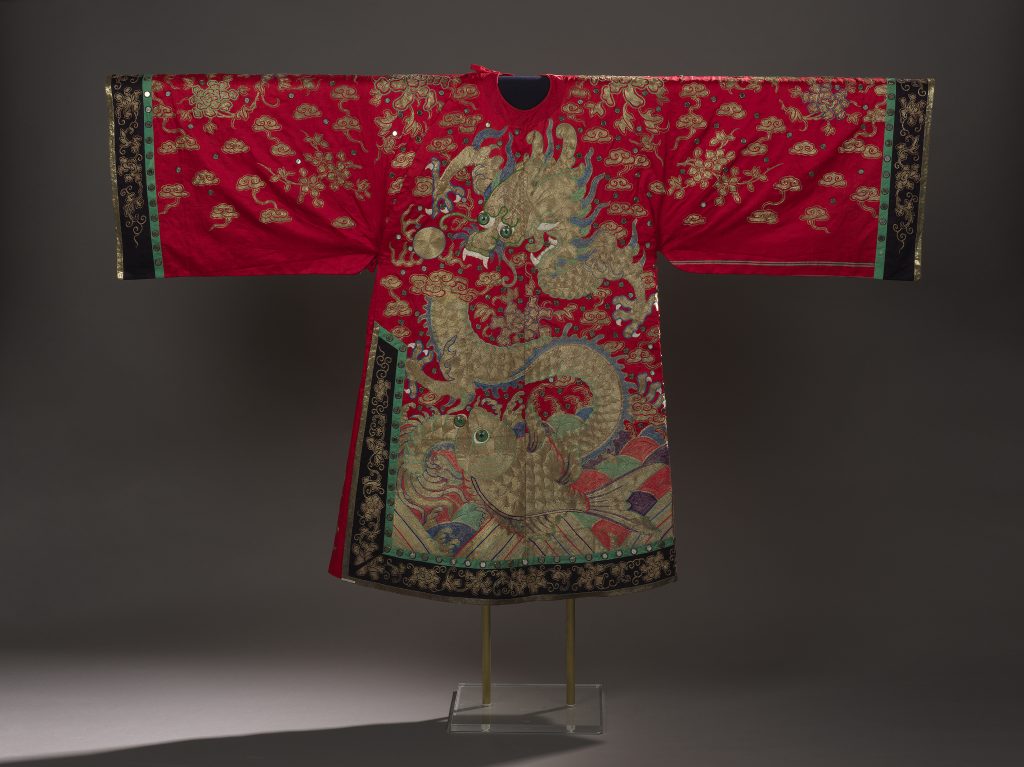 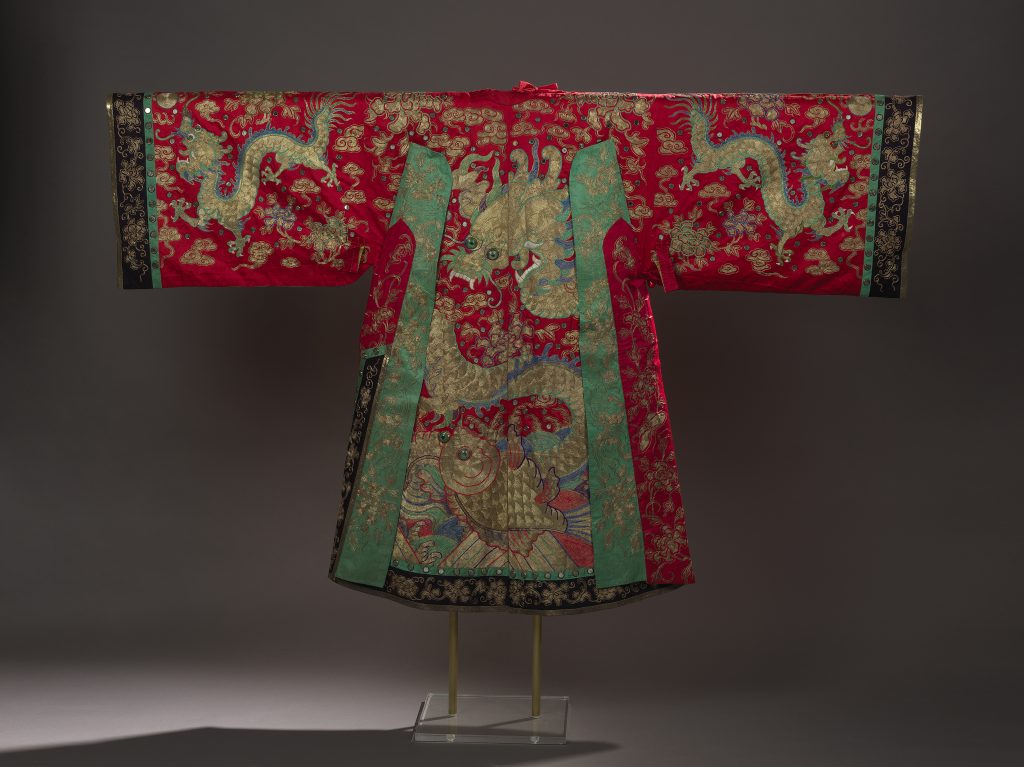 The dragon robe was bought by the Harris family in China in late 1897 and is a theatre costume for a Chinese General. It has a red satin ground with a large dragon on the front and another on the back, and is embroidered in couched gold file and coloured silk cord. Below the dragon is a large fish in a wave border, with clouds in the background, embroidered in couched gold file. Mirror discs scattered between clouds and a green satin border reflect the light to create a jewelled appearance. Wide ‘fins’ protrude from the sides to centre back.[8]

On February 3, 1960, Lucy Harris Little, granddaughter of George and Lucy Harris, was photographed modeling the dragon robe which her grandparents had bought in China 63 years earlier in 1897. In 1960, the robe was donated by the Harris family to the Royal Ontario Museum, Toronto, along with a number of other items. The photo appeared in the article “Eldon House Curios Go to ROM” in the London Free Press, on March 2, 1960. 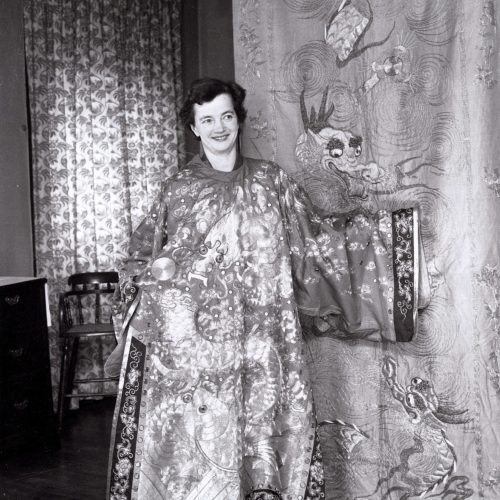