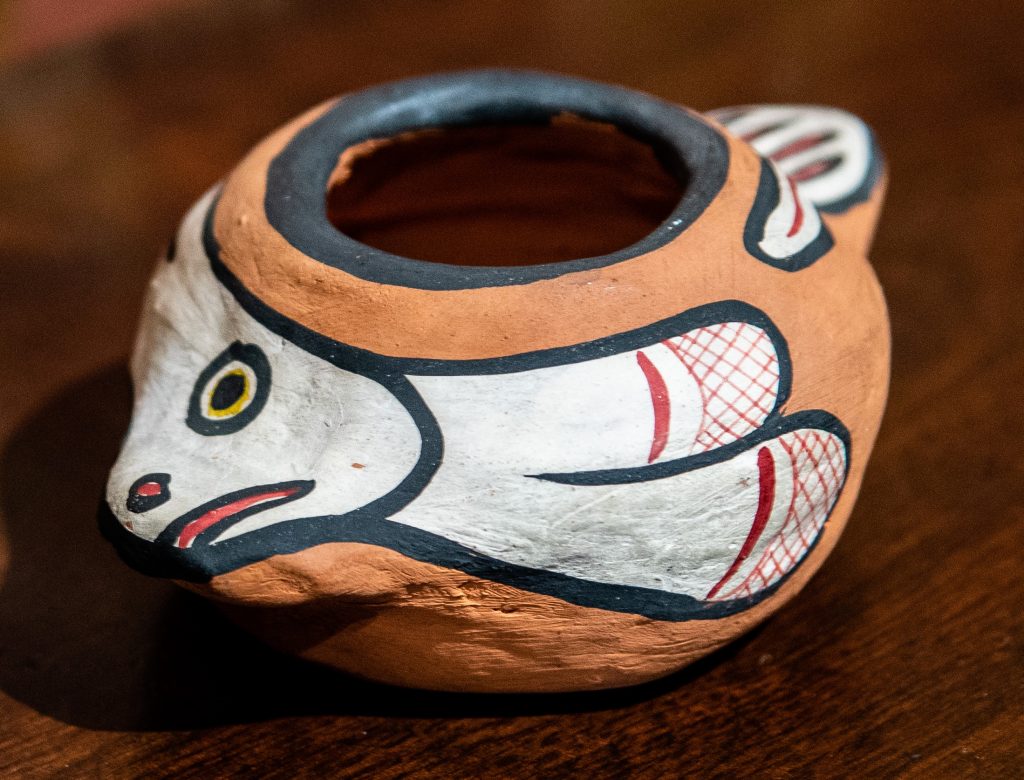 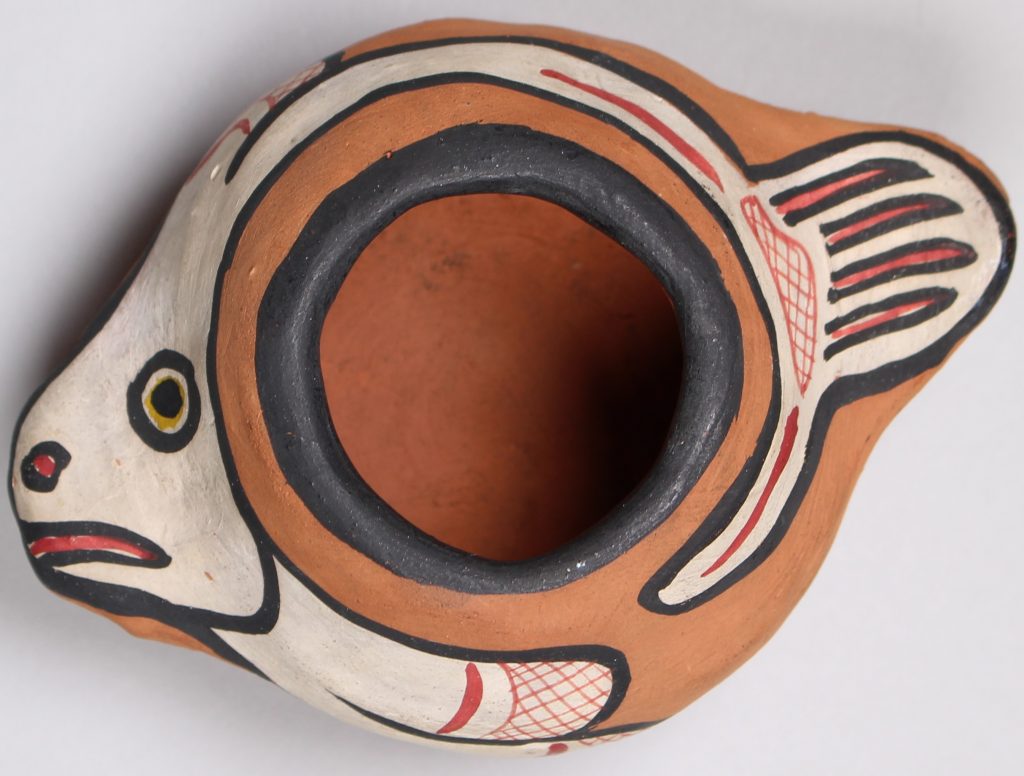 “I tried every way to augment my income. Small fruit, hens, rabbits, dogs, pottery…I ornamented my pottery with Indian designs, that was why the tourists bought it.  I hated myself for prostituting Indian Art; our Indians did not ‘pot’ their designs were not intended to ornament clay—but I did keep the Indian design pure.”

Iconic Canadian painter Emily Carr (1871-1945) struggled for many years to paint and achieve recognition in her early years as an artist.  As she describes in her autobiography Growing Pains quoted above, it was during this period of financial insecurity that she produced this pottery vessel. It is decorated to resemble a fish and is signed on the base with the name “Klee Wyck,” the name the Nootka people gave her and which means “Laughing One.” Carr painted the forests and Indigenous villages on the Northwest Coast of Canada and was influenced by the culture and the Indigenous people she met there.[28] Carr attained national and international recognition for her paintings in the 1920’s and was associated with the Group of Seven.